Based on Luther’s Small Catechism.

Grace be to you and peace from God our Father and from our Lord and Savior Jesus Christ. Amen. 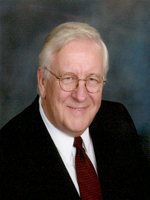 Currently, I’m doing some study of the Lord’s Prayer with a special emphasis on the 1st petition. After the words of the Address of the Lord’s Prayer, we read, “Hallowed be thy name.” In Luther’s Small Catechism the question is then asked: “What does this mean?”  The following answer comes from translating what Luther wrote. “God’s name is indeed holy in and of itself, but we pray in this petition that it be holy among us also.”

The main thrust of the prayer in this petition is that a request is being made of God that He would preserve in our lives the sacred holiness of His name. As Christians, we want to hold in highest regard not only the Persons of the Trinity but also the various names that are given to us which refer to the Triune God.

The next question asked in our Catechism is: “How is God’s name kept Holy?”

When asking ourselves “What is the name of God?” we call to mind especially the 3rd commandment. There it is emphasized that The Word of God is to be held sacred. Every word God has caused to be recorded that reveals the who, why, what and extent of His reality and how we come to know of him and his redemptive activities is his name. So we may say His WORD is His name!

When the Word of God is taught in its truth and purity and we live our lives according to it the name of God it is held in high honor and regard.

We misuse God’s name, however, in whatever form we may be using it, when we speak it, write it or express it as an expletive, exclamation, and misrepresentation of what it clearly says.

I’m hesitant to give a list of examples here, but let me point out just two for purposes of illustration.  When we say “Jesus Christ!” because we are frustrated, angry, or exposed to some kind of pain or danger, we offend God and use his name improperly. The other example is one that has become so common that I don’t think individuals even think about what they are saying. That is when in exclamation, or registering a surprise, the very common expression is “Oh, my God!”  If we think about the many times and situations we hear that said, we would agree that most are thoughtless uses of words that are not designed to hallow God’s name.

I’ll leave you today with the words of Psalm 103:1; “Praise the Lord, O my soul; all my inmost being, praise his holy name.”

Now may the peace of God which surpasses all understanding keep your hearts and minds, through faith, in Christ Jesus. Amen.